The T4B Opto-Attenautor, is a heart of compressor LA-2A. This module determines about the unique nature of compression in units of LA-2A, is responsible for time of attack and releace. Although, that this module is a very simple to build - requires only the EL panel and two photoresistors - it however, is very important, application the right kind of EL panel, but primarily selecting of appropriate photoresistors about the appropriate characteristics. We have a specially designed tool and software to stripping characteristics of these photoresistors, so now, we can easly see, if the given resistor will be suitable for our T4B cell. We can use in our T4B two types of EL panels, fast and slow, but in standardly we produce of our photocell with the fast EL panel, like in primary T4 cells from the UA.

This screen below, from our software, shows the most important test of our T4B cell. Here is given a short test pulse of 1 kHz, which results a graph, showing response of T4B cell. On this picture is shown, two curves; burgundy, for first photoresistor responsible for a control of compression in path audio, and green, for second photoresistor, which is to control of VU-meter in mode a gain reduction. The most important curve is burgundy, because from this photoresistor is dependent attack and releace time, and also indirectly ratio of compression. The geen curve, from second photoresistor, should be relatively close at burgundy curve, this determines the accuracy of indications of the VU-meter in GR mode. This burgundy curve is a model; here the attack time is a fast enough, and release have a right curve of time tempering. This screenshot shows scale of view only for first 2 seconds, for the better visibility of the most important a moment of response from the T4B cell. The tail of release, can extends to, even to tens of seconds at heavy compression. 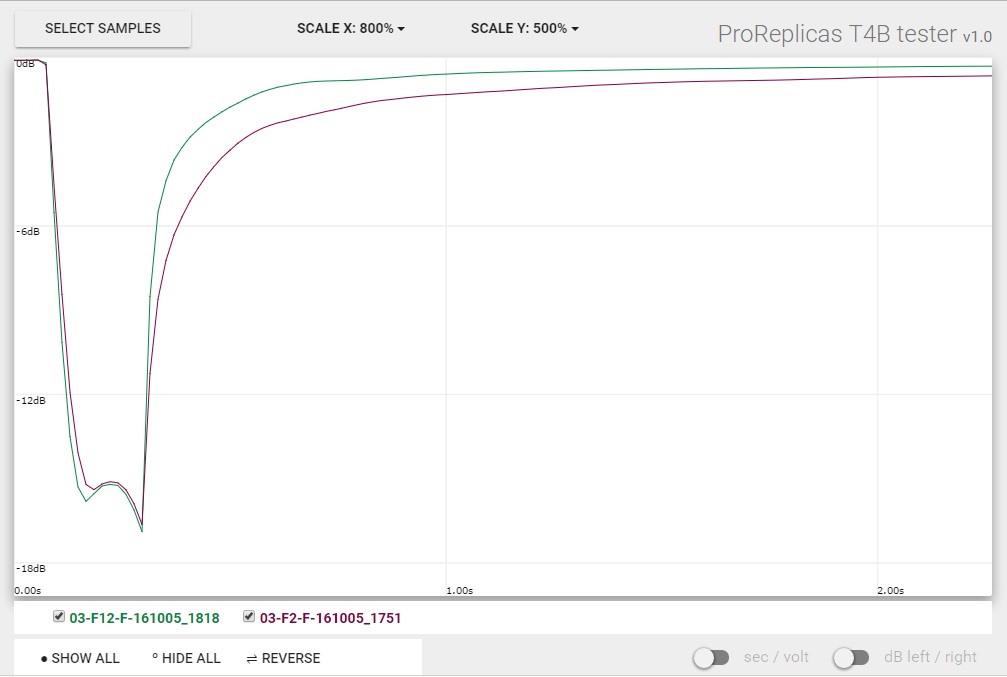 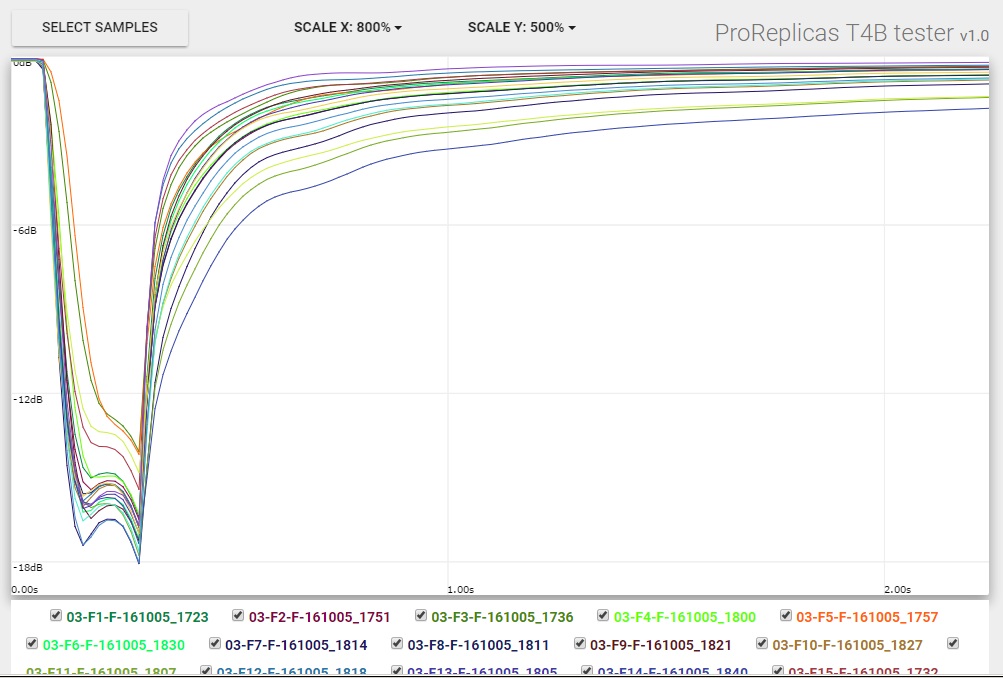 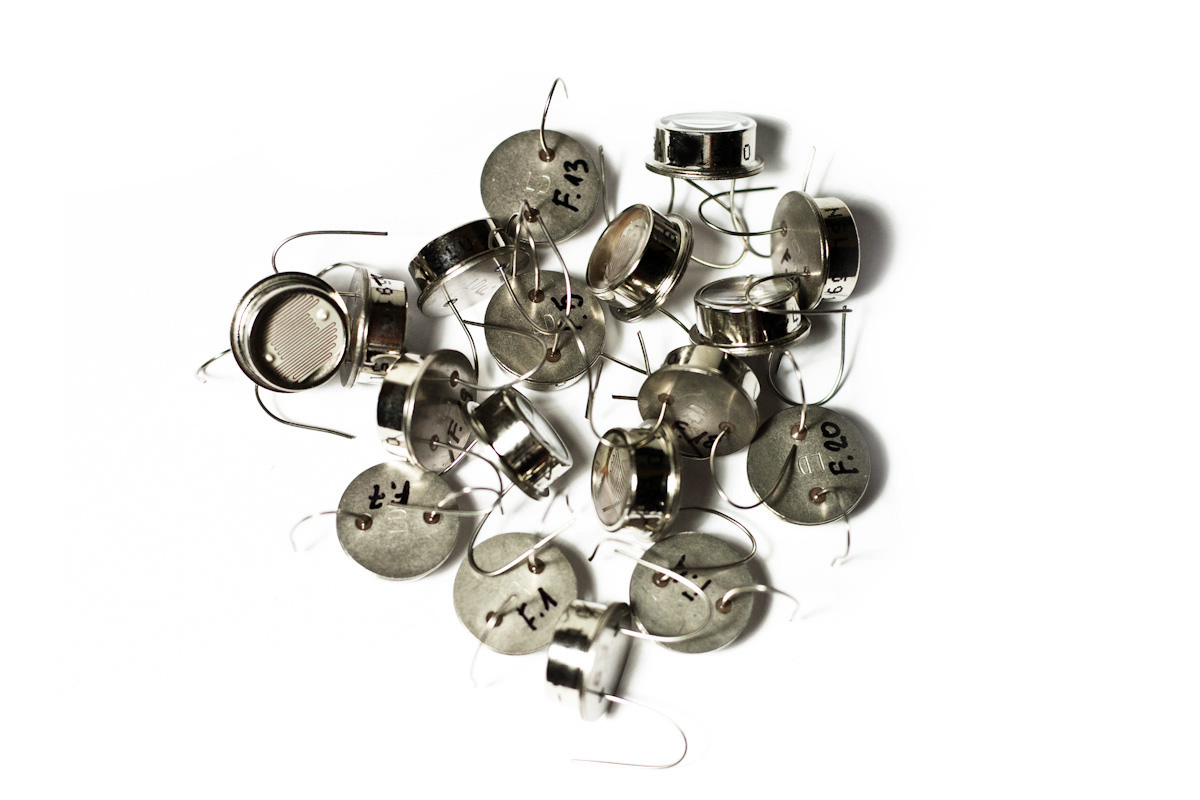